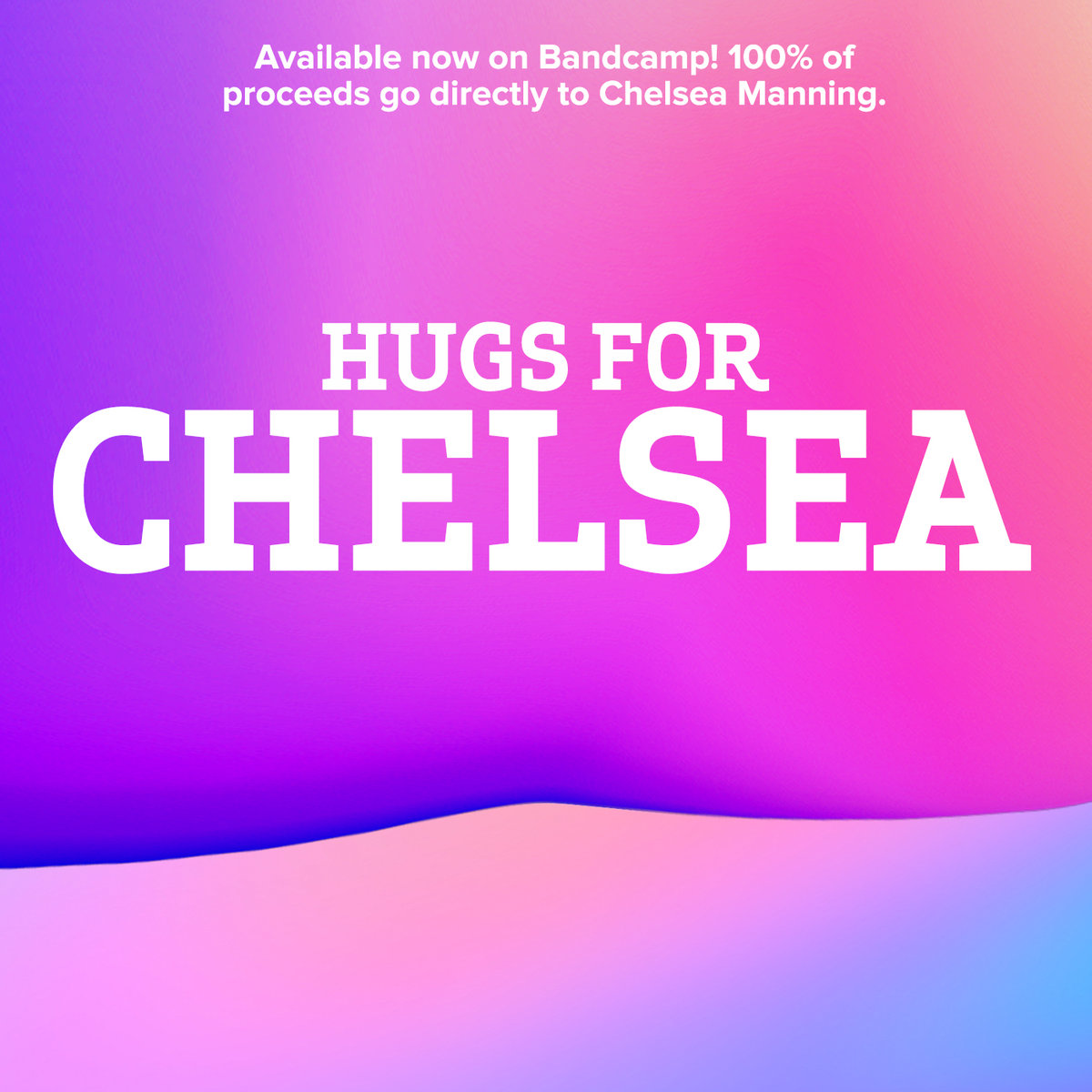 Hugs for Chelsea is a 39 tracks benefit album, featuring Michael Stipes, Thurston Moore and many more artists who contributed music in support of Chelsea Manning and what she stands for. It was released in 2017. All proceeds go to Chelsea Manning’s defense.

Today Chelsea still needs strong support as she continues to stand by her principles and to hold the light and the lines, defending our rights to be informed, resist, make our fate, act for a better world.

Today Chelsea was today sent again to jail after again refusing to testify in front of a grand jury investigating Wikileaks and its publisher and founder Julian Assange. This time, with added fines for each day she refuses to testify – unprecedented, outrageous bullying.

Chelsea says she is prepared to go on forever, and that she’d rather “starve to death rather than to change her opinion in this regard”